Take up thy bed and walk

I was over there>
at the Wee Irish fella's the other day and I realized he had a FUCKING SEARCH  function.
I had NO fucking IDEA you could do that?

You know how many fucking HOURS I've spent looking for an old post by trying like fuck to remember the (no doubt witty but) tangentally related title?

Any fuckin ways, go knock yourself out, see how many fucking times I've talked about Katie Mara in her undergarments, go on.

First five searches are free, on me.

3 and a half minutes of Grace

1990 or 91, I can't remember which, I was (among many other things) doing part time stage grunt work at the local CTV affiliate.That year, the CCMAs were in Edmonton, at the big soft seater.
If you've ever had any involvement with the Ento-tainment inductry in Canada, especially music, you'll know that the CCMAs are a pretty big deal.
I'm pretty sure I was pulling dolly on that gig.
Anyways, as you can imagine, a live TV broadcast of an awards ceremony is a fairly involved undertaking.
So we were in there for a couple of days getting set up and doing practice runs and stuff.

That year, the big huge superstar headliner at the Awards was the incomparable Ms. k.d. lang.
As you may know, this was around the time that she had begun to move past her Psycho Cowgirl style of presentation 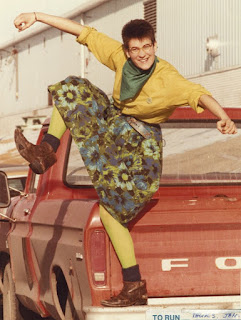 And towards a more serious, torchy style more closely approaching that of her lifelong idol, Ms. Patsy Cline


If you know anything about Ms. lang, it's that the whole reason she became a singer was Patsy Cline. Like Clapton and Robert Johnson,  Joe Cocker and Ray Charles, or Keef and Chuck Berry, the genesis of her entire career can be attributed to the influence of one person. Ms. lang has actually said in interviews that, as a young performer, she was on more than one occasion, literally posessed by the spirit of Patsy Cline.
(As a side note, if one were ever to doubt k.d.'s resolve and commitment to her life's work, one should forget about it. I've been to Consort, Alberta. Went to a rodeo dance there. If one were to choose the 10 Worst Places to Grow Up as k.d. lang, Consort would be about 8 of them.
Imagine Prince growing up in Harlan County, KY.)

Any fuckin ways, two things you need to know here.

One, at this particular time, k.d. was the biggest thing to come out of Alberta ever. Bigger than Michael J Fox 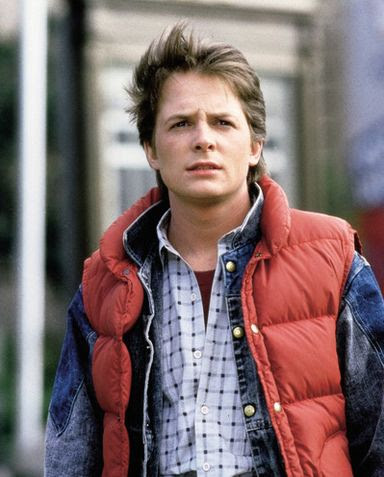 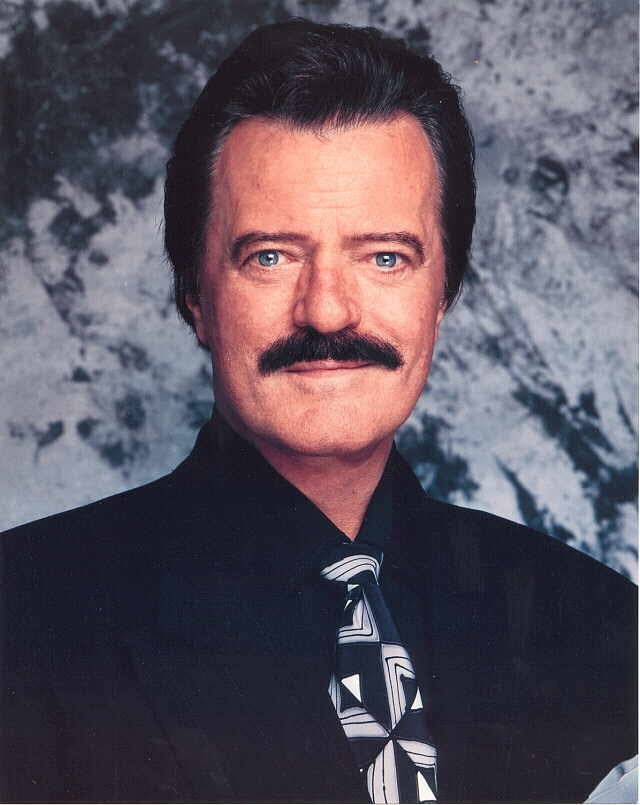 and the dudes who fucking cured diabetes all combined.

She also hadn't performed out for some time, IIRC.
So her singing at the show was quite a big deal, sort of a homecoming thing.

The nother thing you got to know is that crews, I mean TV/Film, and to some extent, theatre crews, are notoriously fucking jaded.
You know how, like, musicians don't dance? Because they're too cool?

Sort of like that, your average crew dude will take pride in not being phased by any performance on which they're working.

So anyways, there's all this hubbub going on the afternoon of show day, and among all the other hooha, the various performing acts are going up and doing a quick run through of their numbers with the house band.
And nobody's paying any attention, you know shit's getting hauled up into the rig, road cases are being trundled hither and yon, the air is filled with the sound of hammering and drilling and shit.
And then the floor manager goes out over headsets and radios and tells everyone that Ms. lang is on her way in to rehearse, and when she does so all work is to cease and we're all to sit down (and shut the fuck up, obviously) until she's done.


So everyone stops what they're doing, and takes a seat. 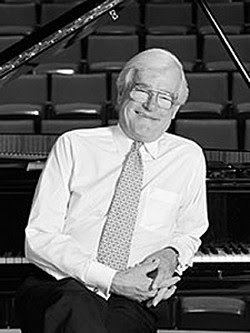 who is, of course, the house band leader, steps to the middle of the stage, and this was just fuckin wildly weird, because, you know, like, the house lights are all up and there's gear and shit all over the place, and there's no audience except this 35 or 40 crew swine, but Tom just walks up the apron and says, straight up,

And she comes out, she'd ditched her glasses and goofier haircut at this point and was just wearing a black suit. Pretty much looked like this 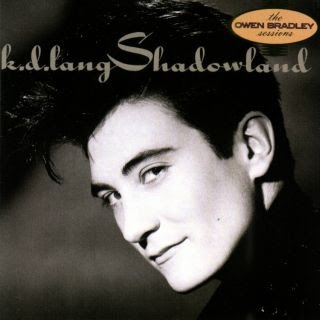 Thing is, there was this....deal in the air, I swear to fuck, like the last 3 seconds before a huge motherfucking lightning strike, suddenly the ions in the air became charged.

This little lady with the Elvis haircut stood in the middle of that stage and sang this song, in a fucking soundcheck, and it was like she'd been preparing for it since the day she first drew breath.
Beyond talent, beyond technique.
More strength, conviction, and total intimacy with the song as a living, breathing thing, than I'd ever heard.
Or ever have since.

Remember what the guy who plays Sam Phillips 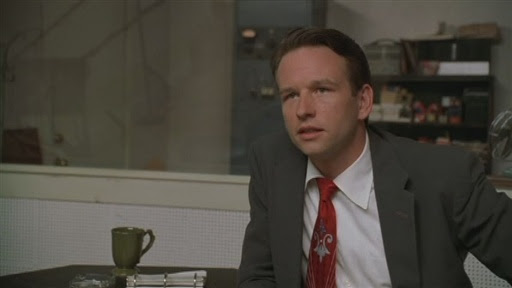 says to John Cash in Walk the Line:


If you was hit by a truck, and you was lying out there in that gutter dyin...and you had time to sing one song...one song that would sum you up...well that's the kind of song that truly saves people

never even said that, that John and Luther and Marshal passed the audition with flying colours, but so what)

Well that's what we heard that day.

And the song finished and she turned around and walked upstage to where Tommy was sitting at the piano, put the mike down, gave him a polite nod and probably thanked him, and left.
Dead silence.
I looked over at Hammy, my housemate, sometime drummer, and one of my very best friends (today he's an award-winning TV writer, back then he was just a TV cameraman and smalltown ballplayer).
And he has tears on his face.
And I got tears on my face.
And slowly, like in a dream, one by one, everyone gets up and slowly goes back to work.
I'd like to explain to you why it was such an extraordinary experience, how a girl just singing an old ballad written by Willie Nelson could move this entire group of cynical mutts to awed and reverential silence...but you know what?
Nothing I could say would explain it as eloquently as Elmo the Cook does.


Ms. lang never recorded it, to the best of my knowledge, and hardly ever performed it live.

Raj
Posted by Rajah Cheech Beldone at 3:16 PM No comments:

Well it's always a special day when we meet someone new who isn't begging for a shot to the fuckin gob in the first 15 minutes.

Let alone someone who continues to not piss you off for hours and even days, for fuck's sakes. 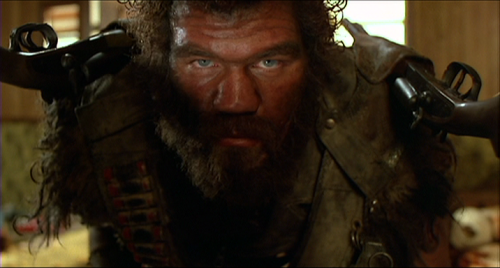 Seriously, how often does that happen?
Anyways, I'm pleased to welcome our newest member of the tribe. 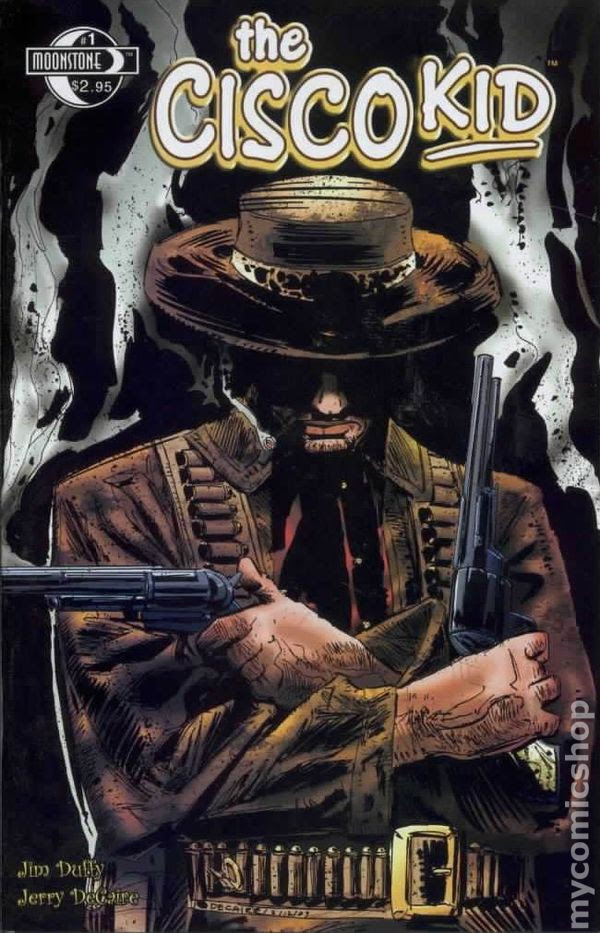 Unfortunately, it's not all sunshine and ice cream fuckin sandwiches.
He happens to be one of them sons a bitches that actually take their website content and posting duties seriously.
I hate them fuckers.

If you aren't a lame fuckwad, you'll visit his most excellent and richly populated site,

Black Sunshine Media
There's all kinds of cool stuff on there.

Welcome, Cisco, to the end of the road.


Raj
Posted by Rajah Cheech Beldone at 2:03 PM No comments:

Saturday I watched this girl get off her scooter and walk away from me.
She was wearing yoga pants.
And either no skivvies or a thong or something.
Because, you know...damn.

I swear, looked like a couple of St Bernard puppies wrasslin under a caboose blanket.

Raj
Posted by Rajah Cheech Beldone at 10:58 AM No comments: