I feel for you, buddy

Oh fuck, do we REALLY have to do this, for fuck's sakes? This movie is older than fucking DIRT already!! OK, OK.

OK, so I was making a reference in another post (under construction) to Tomas Arana, the Hardest Working Dude You Never Heard Of in Movies.
Among his many many notable roles, I referred to him as playing Quintus,

promotes him to the head of the Praetorians. 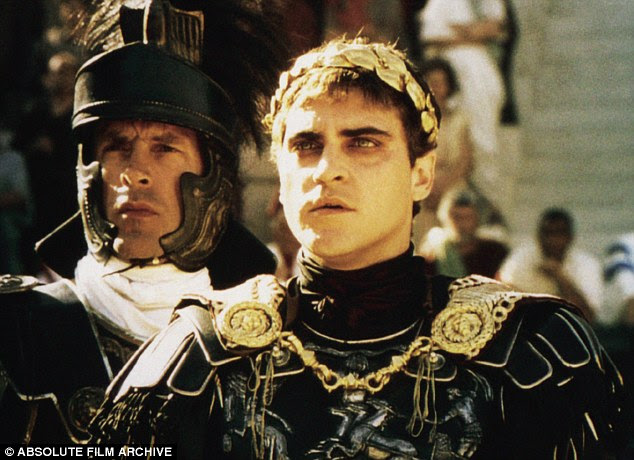 And, of course, we boo and hiss and everything because he turned bad!
He got Rusty fired!
He made them go kill (the admittedly STINKING hot) Mrs Rusty and Rusty Jr and made RUSTY CRY!!!!!!!!!

BUT, here's the thing.
Check out EVERY dialogue they have together.
In every case, Quintus' reasonable contributions are met with Maximus being a pissy, contrarian, passive aggressive cunt.
One of those COMPLETE asswipe bosses who takes advantage of every possible opportunity to be rude, belittling, and dismissive, for no other reason than (for the same reason a dog licks his nuts) THEY CAN.

QUINTUS: Soldier, I ordered you to move those catapults forward, they're out of range.
MAXIMUS: Range is good.
QUINTUS: The danger to the cavalry...
MAXIMUS [interrupts]: It is acceptable, agreed?


[As the barbarian calls out his cry, his mangy band of barbarians emerge from the forest, shaking and waving their spears and shields, ready to fight.]
QUINTUS: People should know when they're conquered.
MAXIMUS: Would you, Quintus? Would I?

And even after the big fucking battle, after they've routed that last of the hairy Germanaical types from the forest, Maximus is named a giant fucking hero of Rome, and they're at the After Party, General Shitheel still can't be arsed to even be fucking civil to the dude who contributed most majorly to the Big Fuckin Win.

VALERIUS: Back to your barracks, General, or to Rome?
MAXIMUS: Home. The wife, the son, the harvest.
QUINTUS: Maximus the farmer. I still have trouble imagining that.
MAXIMUS: You know, Quintus, dirt cleans off a lot easier than blood.


So, you can see, it's pretty tough to blame Quintus for taking King Toilet up on his offer later on.
In fact, you can even appreciate how he might generate a little more relish at the prospect of removing Maximus from the equation than he might have otherwise.

Of course, when it's time to punch Maximosa's ticket, Quintus fucks up and sends a fuckin redheaded dude to do the job, which everyone knows is a bonehead play, and the rest is, well, the movie.


Posted by Rajah Cheech Beldone at 6:19 PM No comments:

One in the head from a boomerang you threw 2 years ago.

First of all, I have to say, I'm about losing my fuckin religion over the zipperheads. Seriously at the end of me chain.
If you get a sudden emergency call from me pleading with you to get over quick to keep me from sticking a lit cigarette in my eye...

I implore you to take it with all seriousness.


Any fuckin ways, that ain't what I really wanted to talk about.
I really wanted to warn you to watch out the shit you say, you won't fuckin believe how it can come back to buttrape you when you least expect it.

So a couple days ago I'm in the middle of heavy negotiations with The Ranette over the potential purchase of certain consumer electronics devices, since her 2 or 3 year old iPod Nano (which she uses at least daily) is well on the road to TU-dom, AND her birthday is coming up in a matter of weeks.

So the decision is being debated as to the appropriate replacement.
The new iPod Nano is considerably improved.


In one of those weird twists of quasi-human systemization, in many of the reviews, the worst thing they could say about it, the most notable shortcoming is that

"It only plays music, that's all it does"


Now, when I was doing the research, I swear to heaven, the BEST thing about it, at the very TOP of my list, the # 1 benefit was

"It only plays music, that's all it does"

Any fuckin ways, the Ranette, bless her wee cotton socks, as a healthy soon-to-be 14-year-old, is spoiling to maximize her damage, eschewing a simple version update in order to trade up to a complete nother strata of applied technology, to wit, she's all over the fuckin Touch


Thing is, see, The Ranee, and, to some extent me, aren't' exactly insane at the prospect of her having increased access to the Inskranetx.
Like now, she can get on when she's at home, we don't really see it as being critical for her to check her Gmail when she's halfways home from fuckin school.

You know, it's not like she's me, I got important shit to do on the Afronet...


So here's where we get to the meat of this post, which will either have you (depending on your personality type, that is, how you scored on the most recently spammed around Which X-Man/Fellowship of the Ring Character/Teenage Mutant Ninja Turtle/Nixon Cabinet Member/Beatle/ LifeSaver Flavour/CareBear/Universal Horror Movie Monster/Ex-Husband of Cher Are You??) sighing in relief at the prospect of finally getting to the point, or experiencing a wee letdown because the fun's almost over.

So I'm talking to her the other night, and I say, you know, is it really important that you have more Intronutz access?
And she slowly turns to look me in the eye, and I have this fleeting glimpse into her soul and realize she's been keeping this one back, waiting for just the right moment to play it, like GA's mighty Boxing Glove Arrow 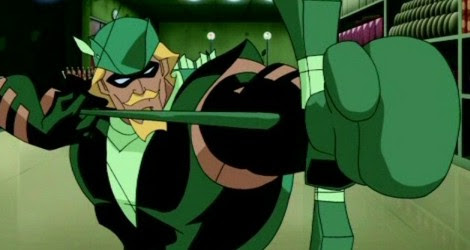 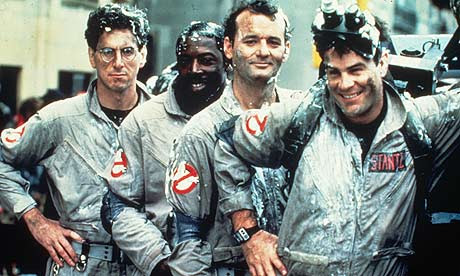 she's been waitning for just
the
right
moment

And this is it.

And she looks me in the eye and lets me have it. 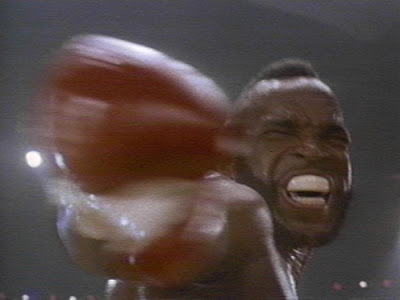 Hey, better to have it and not need it than need it and not have it, right?

Looks like I'll be picking up a new iPod Touch before Cinqo de Mayo.

Posted by Rajah Cheech Beldone at 4:45 PM No comments:

Yeah, OK, so I got a couple deals I need to get out here.

First of all, you got to love these pigfuckers that have the little Buddha talisman on their motorcycles.

Dear Lord Buddha,
Protect me and watch over me.
As I drive like a stupid selfish ignorant cocksucker and endanger everyone with the misfortune to be driving in my vicinity.


I haven't posted a recipe for a while because, well, who gives a fuck, really?
But this was so extraordinarily fucking awesome, it really blew my mind.
So I had been reading about the various health benefits of yams (as opposed to sweet potatoes, which are actually different things, I never knew that, apparently sweet potatoes are in the Americas, and yams are in Africa and Asia). 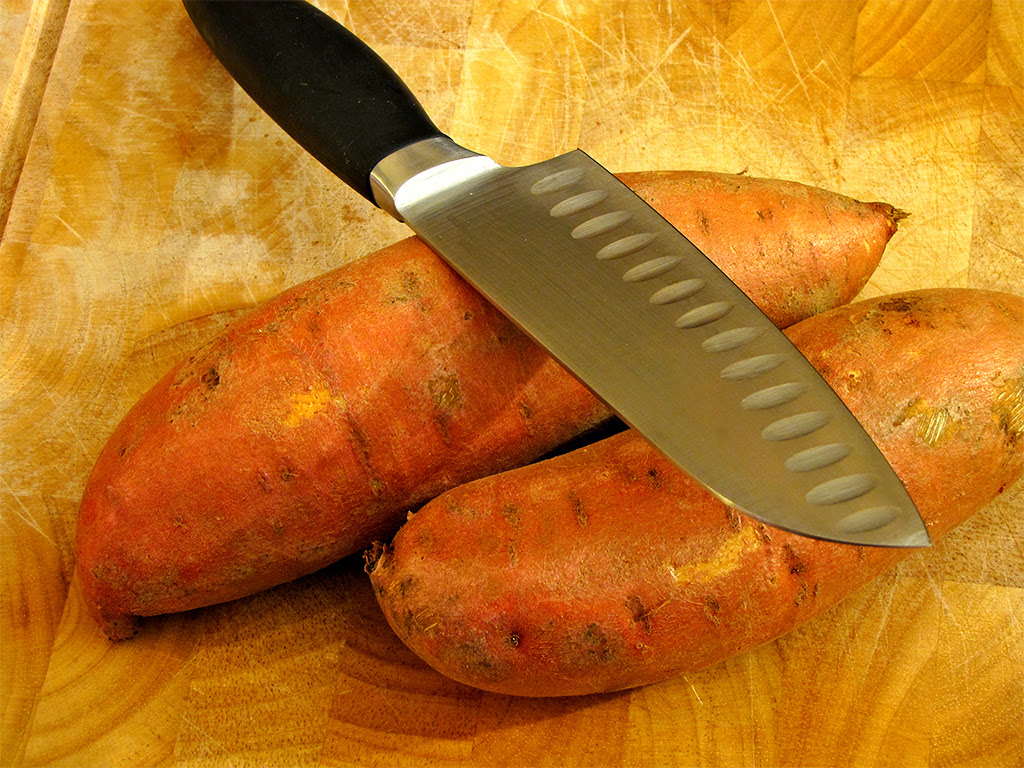 We never ate them when I was growing up, I think it's a little too cold for them at home, although you can buy them.
Anyways, I always liked them.
If you know anything about your Taiwan history, you'll know that yams are a notorious Poor Food here for anyone who grew up in the middle of the last century, or anyone whose parents did.
Apparently, when the Nipponesers were running the place 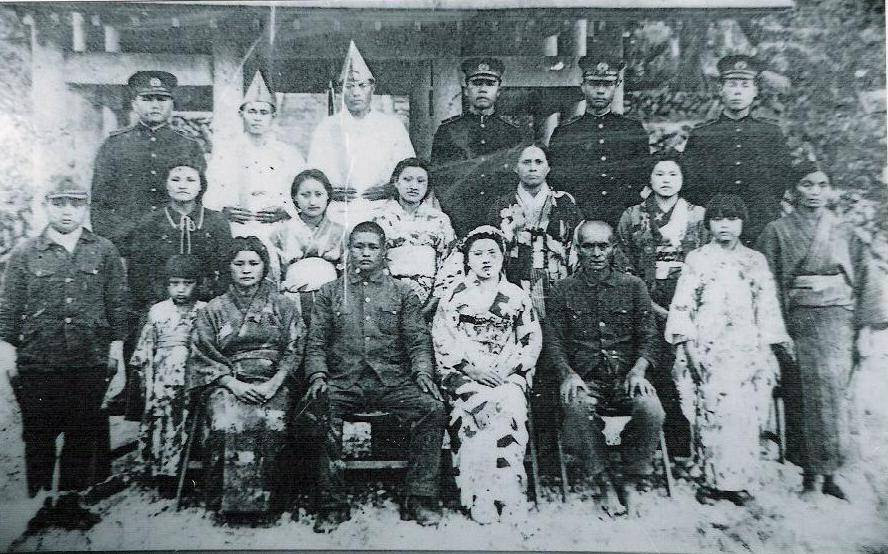 Most of the insanely abundant rice harvest was exported back to the bokoku, and as is pretty much the norm in areas occupied by hostile foreigners, the locals, including the people who grew it, were left with barely enough to survive.
So it was common practice to chop up yams, which grew like mad and weren't sought after by (Little Anthony and) the Imperials, and throw them in with the rice, to get sufficient chow.
Anyways, I was making some fucking chicken there on Sunday,  and I had these yams.
So I made this, and it was so fucking easy, and tasted SO fucking good, I couldn't believe it.
Also, since I only eat bacon about once a month, this was an excellent way to get it down me neck.
It's a fantastic side dish, and yams are way better for you than pudaydas (sorry Wee Irish).
Give it a crack, you won't be sorry.
Here we go

Bacon, chopped
1 big red onion (other kinds are OK, but it won't be as tasty), chopped coarsely
Garlic, minced
4 or 5 white/yellow yams, peeled and sliced about 1/2" thick
Salt and pepper

Chop up the bacon and throw it in the frying pan. Stir it and get it going.
Once it's sizzling and starting to render out grease, throw in the onion and garlic.
Mix them all in together (right about now it should smell so fuckin good you'll want to stick a fucking pencil in your eye).
When the onion is soft, lay the yams on top of the whole thing, in as close to a single layer as you can.
Salt and pepper generously (actually when I did it, it turned out all the garlic had sprouted, so I also laid on a good wallop of this excellent garlic salt they got in the supermarket here, it's got parsley in it).
Fold the yams into the rest of the mix so that they're all surrounded and covered.
Cover the pan and reduce the heat.
Cook covered for about 20 minutes, stirring about twice.
The heat should be low enough and the pan greased enough that you don't have any sticking issues.
When the yams are soft, you're done.
Try not to cook them too long or they'll just be mush, which is OK but not as good.

You won't believe how good this is, and making it is easier than slipping on fuckin dog shit in the back yard.


Oh yeah, so me & Cisco got into this Dueling 80s Movie Songs deal.
I came up with this one, which I totally forgot how much I liked at the time, as well as really liking the movie (even though, like most other 80s pop culture I was actually about 10 years older than the targeted teen market).
The movie still holds up pretty darn good too.
Some fuckin cast too, really*.

Posted by Rajah Cheech Beldone at 11:35 AM No comments: