Hey, you know, one of the few cool things about getting older is that, every now and then, you have the unique pleasure of knowing people literally all their lives.
Like from the second they're born, all the way through them growing up and becoming something, and then as full-blown humans walking around in the world.
It's a different type of perspective, and can be wicked fucking cool.

Anyways, today I'd like to take this opportunity to introduce one such person.
I have known this cat literally his whole life.
In fact I can distinctly recall several occasions sitting and eating barbecue with his Ma while he was still in a position to kick her in the bladder for laughs.
And, FWIW, nobody even knew if he was a dude or a chick (ah, the simpler pre-technological 80s).

Since then, I have watched him grow into a singularly perceptive, engaging young man with a keen intellect, ready wit, and more heart than all the Rockys put together.

Anyways, lucky fuckin US, he's agreed to join us to chat a little bit about the current state of the graphic storytelling industry, and we couldn't be happier to have him.
Let's all put our hands together for the former Manager of Happy Harbor Comics'


North Edmonton location, and currently at the BIG Downtown Store, let's hear it for my pal, Stab.

Hey how’s it going? Thanks for joining us.

Not bad, as well as can be expected, I guess. Good to be here.

How's business?
Business is doing alright, but that's more of a personal/local type thing. Some stores are doing good, some are failing. There're a lot of factors that go into such, and some of them are above my paygrade. In general though, I think the comic scene in general is very healthy. With it being active in other media forms these days, that leads to more interest in the books themselves.

What's hot right now, or is your trade not like that?
It can be like that. The cross-media I mentioned above CAN have an effect, but not always. After the Avengers movie premiered, there seemed to be more of an interest in the books associated with the title characters.

After the Green Lantern movie, 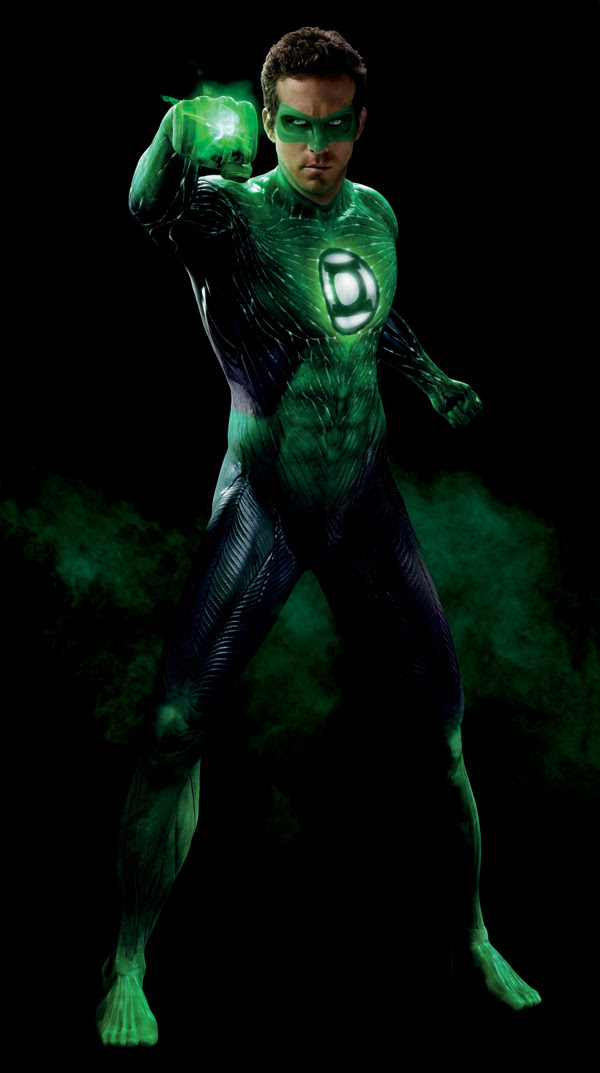 interest dialed back a bit.

(sorry, I kind of pissed myself here, this was about the funniest thing I've read all month) 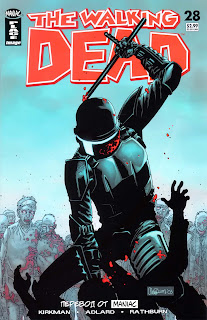 especially for not being a part of the "Big Two", though mostly in trade form.
Most of DC's titles have been doing pretty well, since they relaunched all their books.

Who's doing real groundbreaking stuff right now, label-wise?
Well DC took a pretty big risk with rebooting their entire lineup, almost starting from scratch in some cases, and it ended up paying off for them.

But it was really only a first step. The real intention was to get more people reading the books, to get new blood into the readership, and with all their titles starting over at #1, they by and large succeeded, but only at the outset. 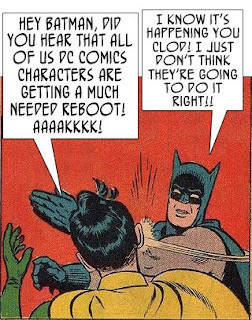 They don't seem to have any followthrough. It was the "#1" on the covers that brought in the fresh readers, not merely telling them this was the jumping on point that would be a good place to start; countless titles have been doing that for some time and it's hardly mattered. 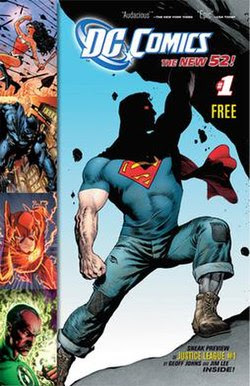 What they should be doing is almost following the TV format. Have comics as "seasons", have new #1s every year or so, so they can keep that new readership coming in. Otherwise, all they've done is give their books a quick restart and said "yeah, that's good enough".
They also stated they wanted to cease 'writing for trades', i.e. writing strictly 5-6 issue story arcs that could be more easily collected. This is good, as longer stories make it more difficult for new people who just to jump into the story (also harder to guess the typical story beats that so many have fallen into in the last decade or so). Unfortunately, they're moving in the opposite direction and going with LONGER stories. The story quality might be the same, maybe even better, but it's no good for bringing in fresh readership.
I'm sorry, I've kind of gotten away from your question.
For being groundbreaking, in general, it's far more possible for the "little guy" to get somewhere, to get their own work published, and not just in the self-published copies-from-Kinko’s type of local publishing. There are many more small companies these days who are a tad more willing to take a chance on your stuff, provided you have a good story to tell.
There's probably more "groundbreaking" stuff out there that isn't coming to my mind presently, or that I'm maybe not even aware of.
A kind of general thing I found groundbreaking was Archie Comics dropping their support of the outdated Comics Code Authority

as they were the last company to be utilizing such. Now it's pretty much everyone just policing themselves and rating thier own content and books.

Are the Fat Boys (Marvel & DC) holding their own against the smaller houses? (if so, then) How?
Holding their own? Try pretty much dominating the market. All one has to do is take a look the list of Top 100 Selling Books every month to see it's nearly all DC or Marvel. They're massive companies, and they've been doing this longer than almost any other. It's hard to get a step ahead of that. They have more capital to throw at advertising and cross-media promotions.
Not that the other companies are shirking away from such things, though. Almost the opposite. Some of them seem to say "OK, well you're good at doing your thing, we're going to go over here and do our thing, and we're going to do the best damn job we can make of it." In a recent year, the company IDW came in third behind the Big 2 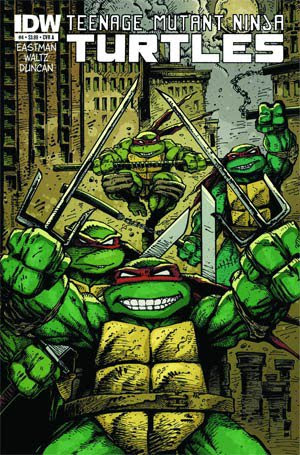 that's pretty amazing, if only for coming ahead of some of the other major indie publishers like Dark Horse


or Image, who've been operating a fair bit longer than IDW. It was a nice thing to see.

How's your own personal awareness curve requirement in terms of what's happening in the industry, like do you need to keep up on everything, even stuff you don't like, or can you just go, like "Beats me, you need to see Justin (of course his name is Justin), he's the Manga dude"?
"Personal awareness" is definitely the right term, as it's very much a different thing from person to person. For us, so long as you have some kind of interest in the books or industry, it's good. The rest usually follows through in some way, even if it's only a bit. We definitely have people who have more expertise in one area or another. I read a fair variety of titles, and try to keep up on a lot of comic news, though I know FAR from everything. And we DO now have a Manga

person, a girl who really knows her stuff. Yeah, I do often refer to someone if I know they know their stuff better than I do.

Do you see a lot of fans/consumers who are die-hard devotees of a character or era over a long time?
There are a number of people who have their favorite title or character,


and some who've just been collecting a certain book for so long that they're almost afraid to break their collecting streak, even if they aren't enjoying it as much as they used to. This usually only applies to those who've been reading comics for quite a few years as opposed to those who are just starting.

Is there a general level of tolerance among fans with the seemingly ongoing clusterfuck of reboot/retcons in which the big labels seem to have been continually engaged for the last 15 years, or have a lot of fans just given up on them?
As mentioned, there are those who just

can't bring themselves to give up on a book that they've been with for so long, but things are changing. In this day and age, some will just be like

"I don't have as much money now, and I don't like this anymore, so it's getting the axe". A lot of the time they are right to do so, as retreading rarely turns out for the better. 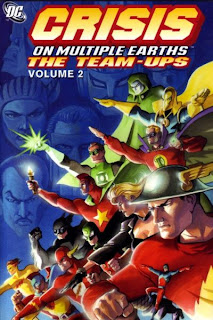 These "changes" are really not what they should be focusing on, when people's wallets are making them be more choosy with what they buy. 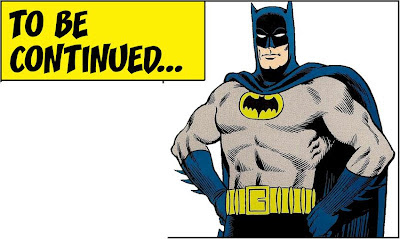 This shit kind of drives me nuts.

2BOW stands for Second Banana Of the Week.

What it is is, when they're putting together a movie, and they take a guy (or girl, occasionally) who's known only (or mostly) for a secondary but notable ongoing part in a currently popular TV show, and cast him/her into the movie in a supporting but slightly featured role.
It's characterized particularly by the film part being largely generic, there being no compelling reason for the TV actor to have that particular role, except their agent wants the points, and the producers hope that they can draw a few more butts into seats from the TV actor's fan base.

And it works about 1 % of the time.
In most cases, it's a complete waste of everyone's efforts, except for, I guess, the actor getting paid.
At its best, it's a letdown when the actor's performance is completely devoid of any of the things that he/she is known and liked for doing in the series.
At its worst, it can actually backfire when the actor stinks the joint up.
I always feel like the director has been strong-armed into the casting, against his will, and consequently doesn't do anything to help the 2BOW's performance deliver well.

Bubs in Super, as whatsisname's buddy, could have been played by anyone.

in Cowboys & fucking Aliens, which was a big steaming load all by itself.

Roy from The IT Crowd

in that STUPID STUPID STUPID Jack Black Gulliver's Travels piece of shit, congratulations on taking one of the funniest guys ever on TV and rendering him meaningless, you stupid bastards.

Half Sack from SOA 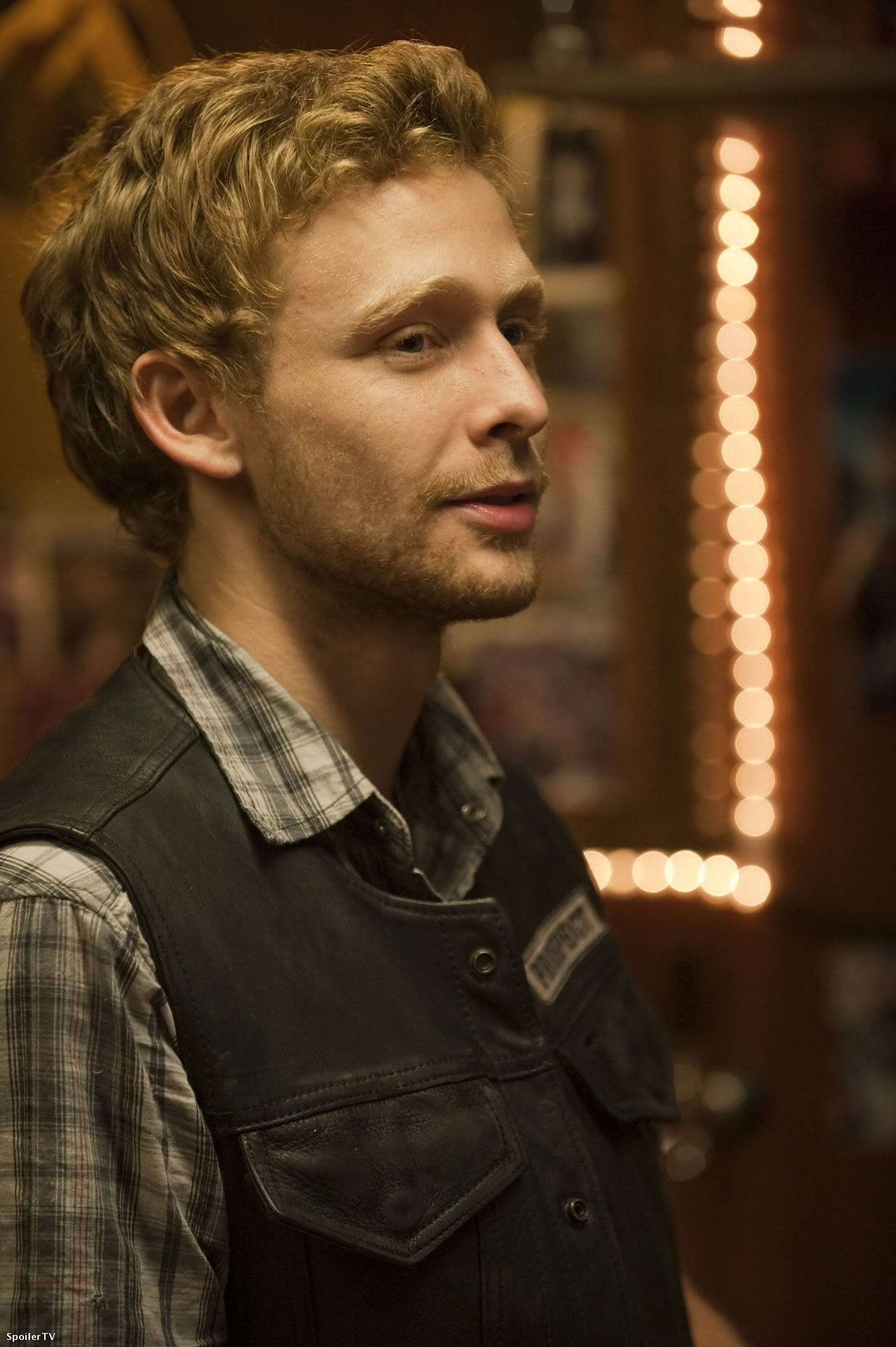 in that Felon deal, with Val Fatmer and Little Stevie Dorff.
Actually that one was kind of a twofer, if you count

Harold "WAAAAAAAAAALLLLT!!!!" Perrineau.
Actually that's kind of only a half one, because he was actually in The Matrix 2: Roller Disco Confusion.
Where he got to bang, for the love of Pete, the fuckin delectable

Nona Gaye.
And hey, did she really pork Prince?
How the FUCK does that work?
"Hi, I'm MARVIN FUCKING GAYE'S daughter. I think I need to go bone Prince"

I got no fucking idea, don't ask me.

Oh yeah, a fucking eGREEEgious example (slight variation on a theme here, rather than coming from a Big Hit TV show, the 2BOW comes from a surrpise hit foreign film.)

Another twofer from Slumdog Millionaire, the host dude

(Who wants to be a MILLUNARE? That guy kills me, man) in MI:4.
(And yeah, I know he's a pretty humongous Bollywood star, but this is fuckin Holly wood here.)

And the devastatingly sick-makingly hot

Frieda Pinto in the otherwise excellent New Planet of the Apes.

I'll bet you can think of like 10 right off the top of your head.
Hollywood is SO fucking lame, I swear.

Raj
Posted by Rajah Cheech Beldone at 4:46 PM No comments: